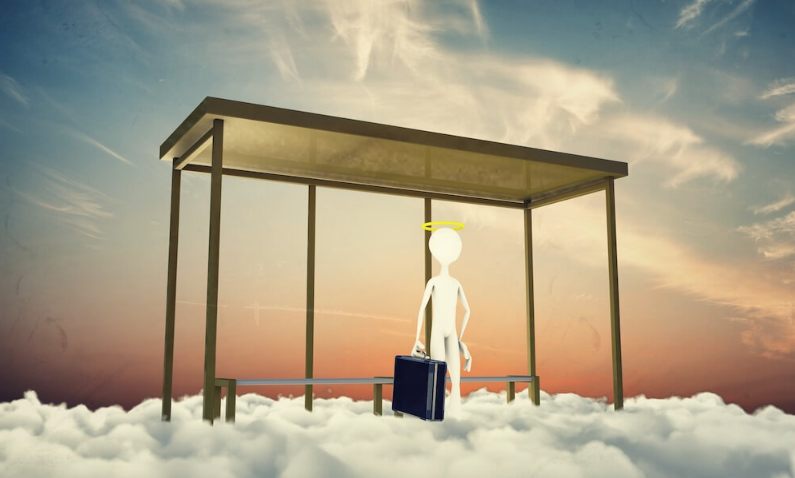 Stay safe! It's a parking lot out there.

13 August 2022, São Sebastiã Brazil || Sometimes fiction, especially superhero fiction, inspires us to enact difficult or impossible scenarios in real life. Probably it was such inspiration that this Darwin Contender was feeling, soon after she parked a city bus in the Federal District garage without setting the hand brake...

Some time after the driver left the vehicle, strong winds encouraged the bus to roll in the general direction of another bus parked nearby. A collision and significant damage to the vehicles was imminent! Several thousand dollars in damages would result in a scolding from the boss, and maybe the poor driver would be fired.

With these stressors in mind, 'Superdumb' thought "This is a task for a Superhero like me!" and tried to prevent the inevitable in the manner a fictional character such as the Lady Of Krypton would do: Run toward the bus, stand in front of it, and stretch an arm forward to stop several tons of rolling metal dead in its tracks!

For an episode of the TV series Supergirl, this would be just another day at the office. A comical moment spent disguising her Kryptonian identity → boldly averting disaster → and later the character plays dumb about the incident. But IRL the character was not playing dumb: she was simply being herself.

The firemen tried to save the lady. They rushed her to the hospital. But she had suffered traumatic brain injury and wounds that led to her death. Her departure from this non-fiction world was on a bus headed to heaven. Please let this be a reminder to everyone, that Kryptonian-like beings only exist in the imaginary world of films and comic books.

Stay safe! It's a parking lot out there.

Sometimes, fiction inspires to make us want to do very hard or impossible things in real life, especially when its a superhero type of fiction. Probably, it was this type inspiration that this darwin contender was feeling when on August 13, 2022, parked a bus in the garage without using the hand brake in the little city of São Sebastião, Federal District in Brazil.

Sometime after she left the vehicle, due to strong winds, the bus started to move by itself in the direction of another bus parked nearby. A collision, and consequently, significant damages to the vehicles were imminent that would cause several hundred dollars in damages, a scolding from her boss and maybe, get fired from the job.

It was during this moment that Superdumb, the dumb bus driver, tried to avoid the accident in the manner only a certain lady of Krypton would do: Run in front of the bus, stop and stretch an arm forward like she was going to simply stop the vehicle dead in its place several tons her weight!

If it was an episode of the tv series Supergirl, it would be just another day at the office for her in a little comical moment to disguise her Kryptonian identity, just like Clark Kent would do playing dumb. But since this is real life, by being REALLY dumb, she was immediatly crushed between the two buses. She suffered severe traumatic brain injury and the incident was registered by the local security camera of the garage.

The firemen tried to save the lady by taking her to the hospital, but the wounds were to severe for her to handle and died due to her injuries. Her last day on our world was a bus ride to heaven and a reminder that Kryptonian like beings only exist on films and comic books.

Bruce said:
Definitely Keep: Darwin Award
Given the video in the article I'm willing to accept this. Thanks, Ariel.

Tracy said:
Definitely Keep: Darwin Award
Thanks for the great write-up, Ariel. This is DA potential for me