(2007, India) Increased mining and recent rains in southeast India have unsettled the wildife. In the past few months, migrating elephants have killed eleven people in southeast India. A team of four journalists decided to interview this herd of rogue elephants.

They went into the forest in search of the rogues--on foot.

Elephants are big, and elephants are fast. As the recent deaths illustrate, a person can't out-run an elephant. But these intrepid journalists apparently assumed that a press pass grants immunity.

With a nose for news, the journalists sniffed out the herd. Once located, it was only natural to capture the photogenic animals on film. Unfortunately, the elephants were camera shy. Angered by the flash, the irritated herd charged the paparazzi, miraculously killing only one of the four.

His remains could not be retrieved. 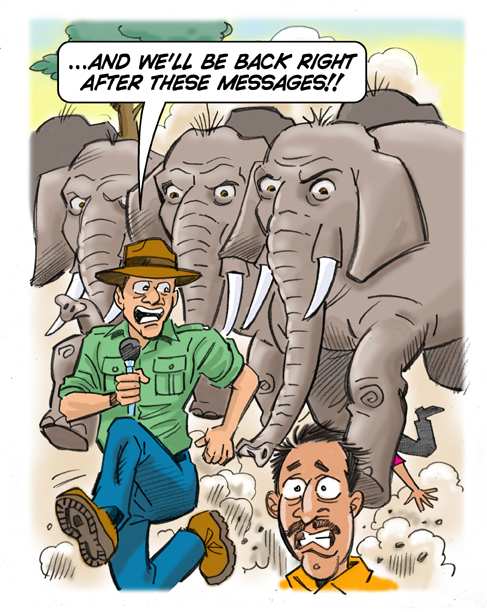