(26 March 2000, South Carolina) A North Carolina woman learned a hard lesson about drugs when she decided to sleep on the roof. Police reports say that Patricia and her boyfriend had been drinking and smoking marijuana, when they decided to enjoy the fresh air on the roof of the King Charles Inn. They climbed over a guard rail with pillows and blankets, and fell asleep under the stars. Sound asleep, apparently. Patricia slid off the roof and fell to her death on Hasell Street shortly before dawn on Sunday. When police arrived at the scene, the boyfriend was found still sleeping on the roof, curled up in a blanket and pillow. The death has been ruled accidental, but we feel that the blame belongs to the stoned woman who chose to snooze on the roof. 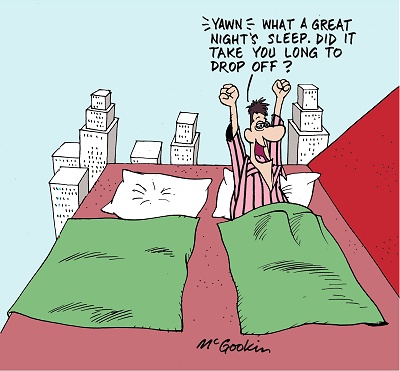