I'm A Man, I Can Handle It
1997 Darwin Award Winner
Confirmed True by Darwin

(November 1997, Pennsylvania) Wayne Roth, 38, of Pittston, was bitten by a cobra belonging to his friend, Roger Croteau, after playfully reaching into the tank and picking up the snake. Wayne subsequently refused to go to a hospital, telling Roger, "I'm a man, I can handle it."

Falser words have seldom been spoken. Instead of a hospital, Wayne reported to a bar. He had three drinks, and enjoyed bragging that he had just been bitten by a cobra. Cobra venom is a slow-acting central nervous system toxin. He died within a few hours, in Jenkins Township, Pennsylvania. 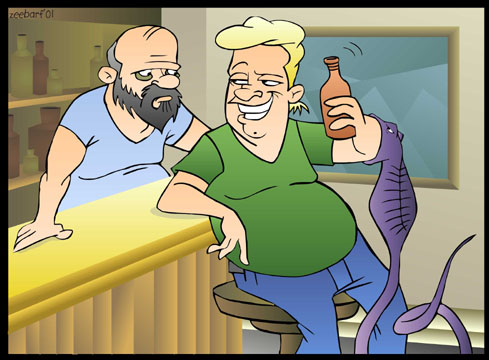