(March 1995, Michigan) James Burns, 34, of Alamo, Michigan, was killed in March as he was trying to repair what police described as a "farm-type truck." Burns got a friend to drive the truck on a highway while Burns hung underneath so that he could ascertain the source of a troubling noise. Burns' clothes caught on something, however, and the other man found Burns "wrapped in the drive shaft." 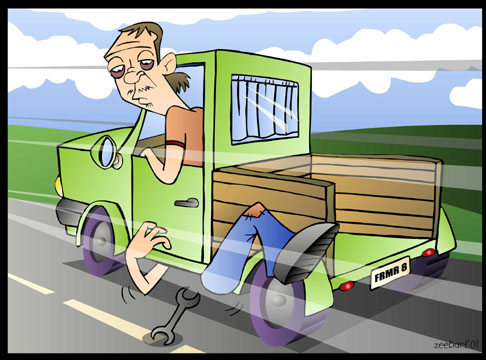