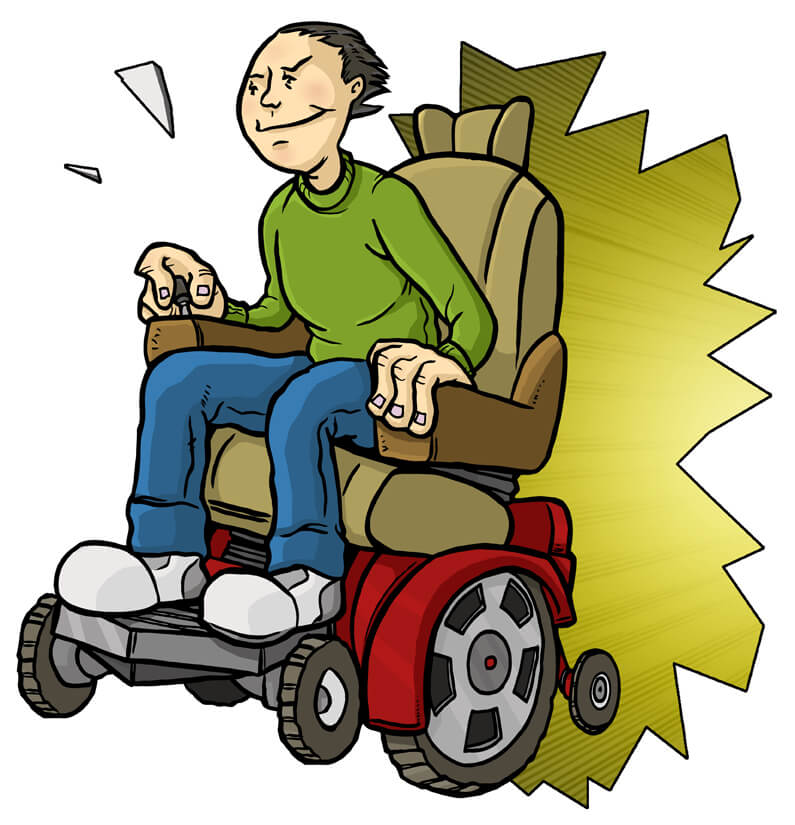 DARWIN AWARD WINNER OF THE CENTURY! Angry Wheelchair Man, the rashly rushing rammer who epitomizes the downfall of the human race.

(25 August 2010, Daejon, South Korea) An angry handicapped man, annoyed that an elevator departed without him, thinks it over before ramming his wheelchair into the doors (bam!) once, twice, three times in all. Success and failure combined as he gained access to the elevator, and plunged down the shaft to his death. This 40-year-old man earns immortality as an the most irritated Darwin Award winner to ever roll the planet. [Video below is PG]

Stress kills. Gravity kills. The tragic downfall of this rash rammer provides a vivid example of Natural Selection In Action. However, natural selection just got hobbled:: Angry Wheelchair People of the future will be protected from themselves by safety requirements that elevator doors must withstand repeated heavy impacts. Safety regulations were strengthened to prevent accidents "such as might happen to children and drunks."

DARWIN AWARD WINNER OF THE CENTURY! Truly the downfall of humanity. 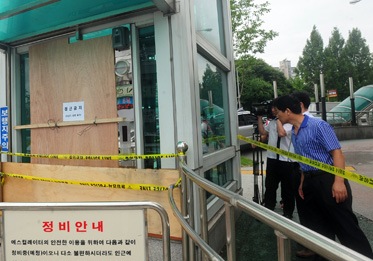 Rebecca A. Thompson: "Just goes to prove, 'Anger is only one letter short of Danger!'"

"This is real security video, not staged, you have to see this. Pop some popcorn, crack a cold one, and enjoy the 45-second video!"

"I couldn't belive this. What was he thinking??? Love, Daddo" (dads often forward the darwin awards to protect their kids from stupid moves!)

"Don't worry about the lift I'll make my own way down!"

(From one co-worker to another) This one I consider the all-time winner. Note - the doors have clear glass inserts. We may need to double the guard at our elevators Saturday night."

"The hidden disabilities hurt most."

"It would seem obvious that behind a lift door lurks a lift shaft."

What a ride down!

"You hate to laugh, but the dumbass could see the elevator wasn't there."

"Obviously Poetic Justice. with no patience whatsoever, he actually got what he deserved."

The tragic downfall of this rashly rushing rammer provides a heartening example of how brilliant you are--compared to some! However, natural selection just got a little harder. The authorities traced the "problem" to elevator doors that cannot withstand a large impact. Safety regulations were strengthened three years after the elevator was installed, to prevent accidents "such as might happen to children and drunks."