(15 February 2005, Rushinga, Zimbabwe) The elephants were trampling Christian's maize field, which he had planted on an elephant trail of long standing. He had to find a way to fight back! Fortunately, there was an old minefield nearby, on the Zimbabwe-Mozambique border. Christian figured a few landmines planted around his field would soon teach the elephants a lesson they would never forget.

Christian may have gotten the idea of using the mines from a couple of incidents that had recently transpired. A local resident had been injured after picking up a landmine while herding cattle the week before. A week before that, another Rushinga man had lost part of his leg after stepping on a landmine. The other villagers saw the writing on the wall, and avoided the landmines.

But Christian realized they were just what he needed. Clearly, these mines could cause great damage to an elephant! He dug up five that had been exposed by recent heavy rains. As he carried them home, the unstable mines detonated, killing Christian instantly. 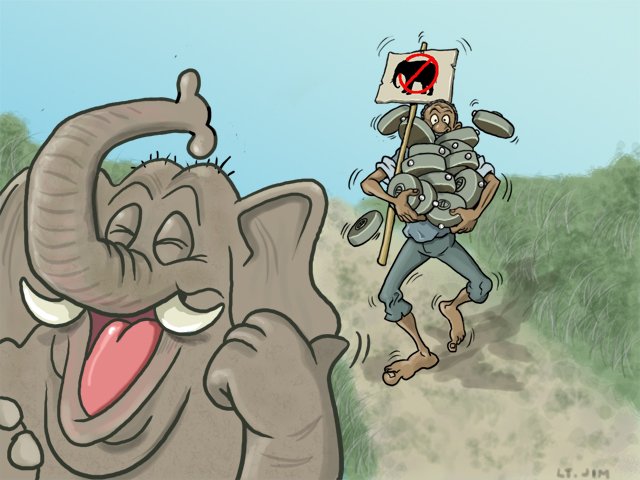