(September 2000, Germany) The picturesque medieval city of Rothenburg was recently the scene of a dramatic artistic effort. A 53-year-old man from Baden-Wuetemberg was posing nude in front of his camera, balanced atop the stone wall, when he lost his balance and fell 16 feet to the ground below. Unlike its erstwhile owner, the camera was still safely settled on the tripod on the wall, and police plan to develop the film for clues to the man's death. Darwin anticipates that they will find none, and this story will stand as a testament to the self-pruning nature of the tree of life.
Share 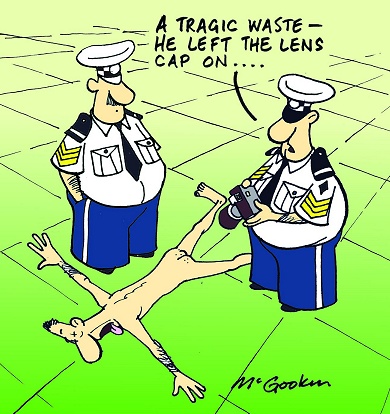