(28 February 2000, Texas) A Houston man earned a succinct lesson in gun safety when he played Russian roulette with a .45-caliber semiautomatic pistol. Rashaad, nineteen, was visiting friends when he announced his intention to play the deadly game. He apparently did not realize that a semiautomatic pistol, unlike a revolver, automatically inserts a cartridge into the firing chamber when the gun is cocked. His chance of winning a round of Russian roulette was zero, as he quickly discovered. 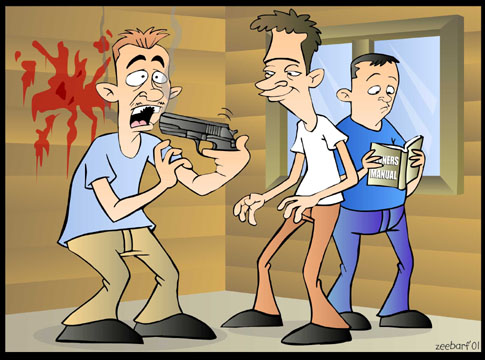