The fast food worker taped a number of bungee cords together and strapped one end around his foot. Barcia had the foresight to anchor the other end to the trestle at Lake Accotink Park, and he even remembered to measure the length of the bungee cords to make sure that they were a few feet short of the 70 foot drop. He proceeded to fall headfirst from the trestle, and hit the pavement 70 feet below several seconds later.

Fairfax County police said "The stretched length of the cord that he had assembled was greater than the distance between the trestle and the ground." Perhaps the deceased fast food worker should have stuck to the line, "Do you want fries with that?" 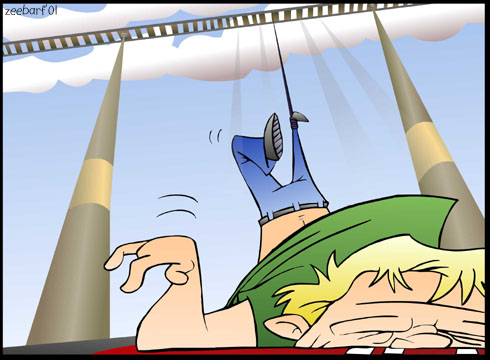