(4 December 1996, Indiana) A Jay County man using a cigarette lighter to check the barrel of a muzzleloader was killed Monday night when the weapon discharged in his face, sheriff's investigators said.

Gregory, 19, died in his parents' rural Dunkirk home about 11:30 p.m. Investigators said Pryor was cleaning a .54-caliber muzzleloader that had not been firing properly. He was using the lighter to look into the barrel when the gunpowder ignited. 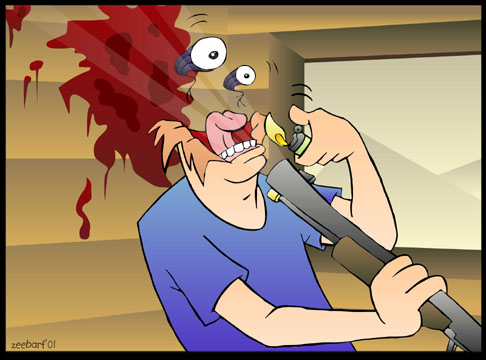