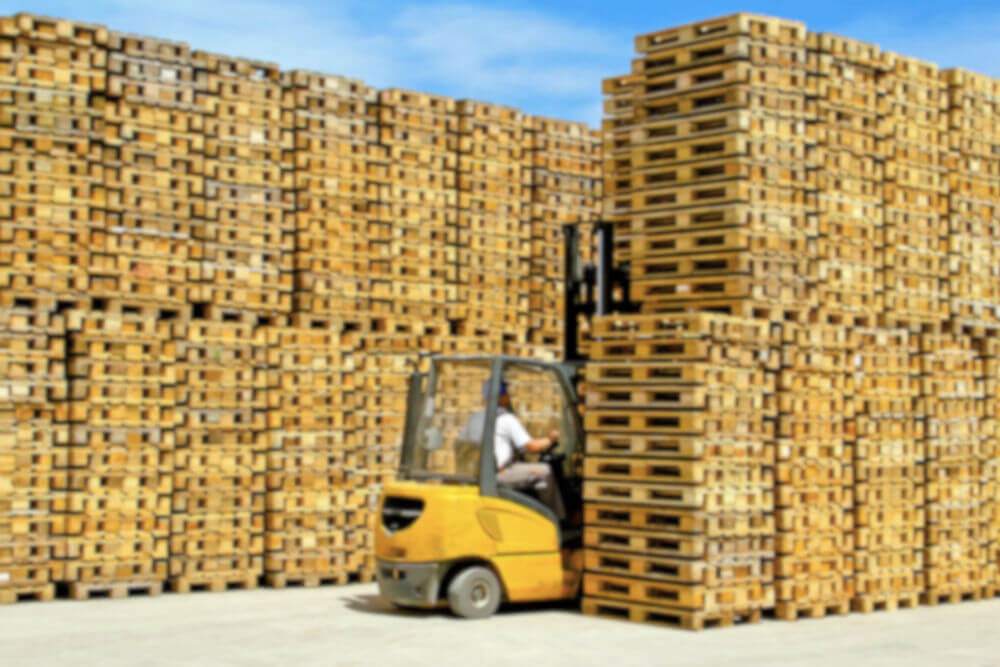 (August 2017, Japan) Logistics not safety was uppermost in the mind of an employee of the Tanarumono Logistics Center, who needed to change a lightbulb ten meters overhead. The forklift could only lift him 2.5 meters--clearly not nearly close enough.

Let's express his dilemma as a math word problem. If the man can reach a light fixture 2m overhead, then in order to replace a lightbulb 10m up, how many wood pallets 15-cm thick must he stack on a 2.5m forklift in order to get the job done?

The answer is 37. Let There Be Light!

Perched on this wooden wonder, the 40-year-old man convinced a colleague to lift him to the ceiling. Anyone experienced with the haphazard construction of pallets can see the problem with this un-cunning plan.

The rickety stack collapsed and our winner died in the wreckage, thereby reaching "a higher plane" than he intended. Rest in peace, Sir, holding the Darwin Award your honest efforts merit. Sorry you're dead--but what were you thinking?

VIDEO: "He Tried To Kill Me With A Forklift" -Mystery Science Theater 3000

Title Suggestions - From Readers
"An Unpalatable Death" -Wendy
"Odds Stacked Against Him" -C.H.Bell
"Jenga Difficultly Level: 10" -S.S.Weir
"Pallatative Care" -A.Foss
"One pallet more and he would have stood an even chance." -T.Pegler
"Deadly Jenga... Just ONE More." J.A,Z.Pérez and D.S.Medlock


"He died soon after he asked his colleague to drive in circles in order to screw in the new bulb." -F.Gobbi

"Very foolish. If a forklift can lift you 2.5m, then the sensible solution is to stack four forklifts on top of each other." -R.How

"A stacked rack and a broken back" -A.Witham