(9 April 2017, France) Locked in his bedroom by Mom, a French man leaves by climbing down the ethernet cable.

At 1:30AM in Rouen a 47-year-old man attempted to leave his room by climbing down the ethernet cable. He chose this router because his concerned mother had locked him in his room to prevent him from intoxicating himself. Being heavier than a few gigabytes, his weight was too much for the cable and he crashed to the street from the 9th story apartment. The doctors could not resuscitate him, yet wouldn't he have found another way to remove himself from the gene pool? 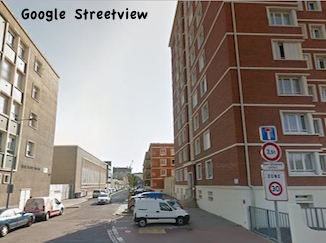 DISCUSSION: Some readers say a common sad alcoholic may not merit a Darwin Award. "For this one, i do not see a DA... I just see a poor man, alccol can become an illness." And, "How does this deserve a Darwin? This is just a quite sad circumstance." Other readers make light:

He was the fastest reader in France. Nine stories in 2.1 seconds. -StuyCurtis
401 - FORBIDDEN to ignore laws of physics. -AndoreasuBushika
Luckily he didn't choose the WiFi-Cable. -HolgerHaug
Malformed head(er). -DagmarKrieger
Fastest download speed ever, before the router crashed. -SimonGarland
100% Packet Loss. -LinusJohansson
He passed 5 cats on the way down. -MichaelWooten
I don't think the cable was Cat6 UTP. -AzizErrafay
. -