(1 January 2010, South Africa) Pop quiz, class. Do you or don't you go swimming in the crocodile-infested Limpopo? Do, or don't, leave your friends on the banks of the great grey-green Olifants River (main tributary of the Limpopo) and swim in its limpid waters not once, not twice, but three times the day you are finally devoured by that old crocodile? Let's just say it was a short New Year for Mariska B., 27, a waitress and former swimmer.

According to a long-time resident of Phalaborwa, locals know, "You don't even put a toe in the river. It's teeming with crocodiles and hippos." This local, on her third refreshing dip of the day, didn't have time to scream or struggle. Friends saw just a ripple on the water where seconds before she had been swimming. 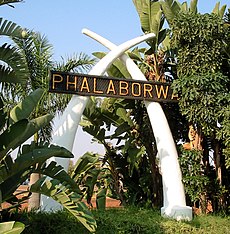 Did I mention that swimming was strictly prohibited? Police searched for Mariska's body with long poles, and with the chemical detectors known as sniffer dogs, but found nothing. The cycle of life continues.