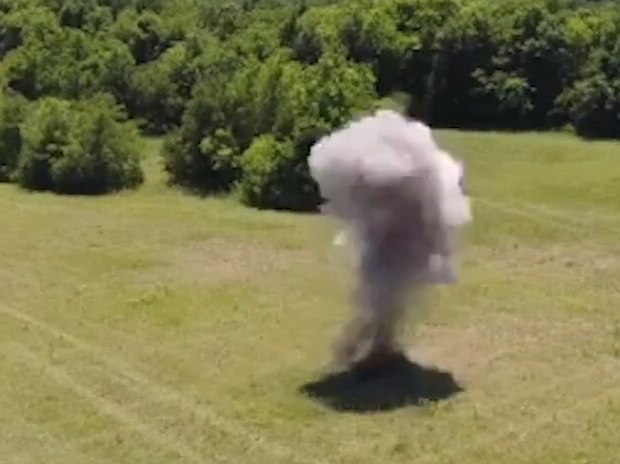 (8 May 2009, Utah) Brent L., 59, found a stash of dynamite in a shed on his 5000-acre ranch, located three miles from the ATK Thiokol booster rocket testing area. Details about this stash are few: Chief Deputy Kevin Potter said, "Whether the dynamite was his or whatever, that's yet to be determined."

Whatever its origins, the rancher was alarmed, and had good reason to be. Old dynamite sweats nitroglycerine, and once it sweats, it is very unstable and can POP anytime. This well-known fact was indubitably known by the rancher, but this stash of flash was something he felt he could deal with.

The rancher removed the dynamite from the shed, placed it in a field of knee-high grass, backed away about forty yards and fired a shotgun at it. The dynamite's response was to send shrapnel back at the rancher, and the shrapnel scored a solid hit to the man's head.

The Box County Sheriff's office said they were "still looking into it" and the dynamite exploded "for some reason." BUT the first medical team on the scene reported that the man shot the dynamite from 40 yards. Brent L. was air-lifted to the hospital, where he passed away.

"I think someone has been watching too many TV shows!"

"I wonder what gets into a guys head to make him shoot at a high explosive.... I guess the answer is shrapnel."