(5 February 2009, India) Bachelor lottery agent Pravin Kuse lived with his brother's family in Vasai. His own house, an abandoned 100-year-old building, was located a few meters away.

Some legends hold that a pot of gold lies buried at the end of the rainbow, but Pravin learned in a dream that an ancient pot of gold was actually buried beneath his house. He decided to follow his dream and dig for that gold. He kept his plans private, to avoid a fight over the fortune.

The dream told him to dig beneath the staircase so after lunch, every day without fail, Pravin would take his spade and dig a little deeper beneath the stairs. The neighbors had no idea that days and nights of digging had resulted in a fifteen-foot deep tunnel. The innovative gold-digger had even rigged a remote-control toy car to carry a flashlight to assist him in the dark. 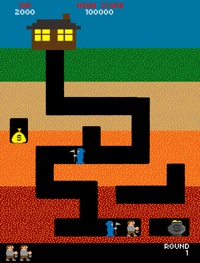 He was smart enough to control his lighting needs, but not smart enough to take into account the water table. One day the 32-year-old lottery agent did not return home, and his worried relatives lodged a missing persons report. Police discovered that the floor of the old house had caved in. The soil beneath the staircase becomes wet at a depth of 15 feet due to its proximity to the sea, and the unsupported walls of the tunnel had collapsed.

A few hours later an earthmover had excavated Pravin's body from the debris, along with a spade and the innovative mobile flashlight. The lottery agent's number... was up.