(10 January 2007, Germany) A 63-year-old man's extraordinary effort to eradicate moles from his property resulted in a victory for the moles. The man pounded several metal rods into the ground and connected them--not to household current, which would have been bad enough--but to a high-voltage power line, intending to render the subterranean realm uninhabitable.

Incidentally, the maneuver electrified the very ground on which he stood. He was found dead some time later, at his holiday property on the Baltic Sea. Police had to trip the main circuit breaker before venturing onto the property.

The precise date of the sexagenarian's demise could not be ascertained, but the electric bill may provide a clue. 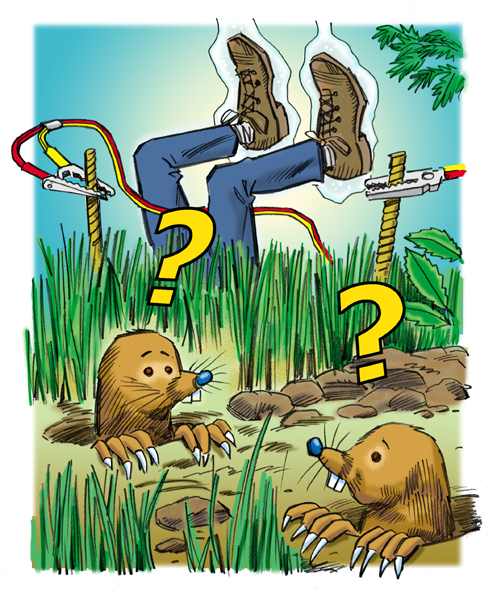