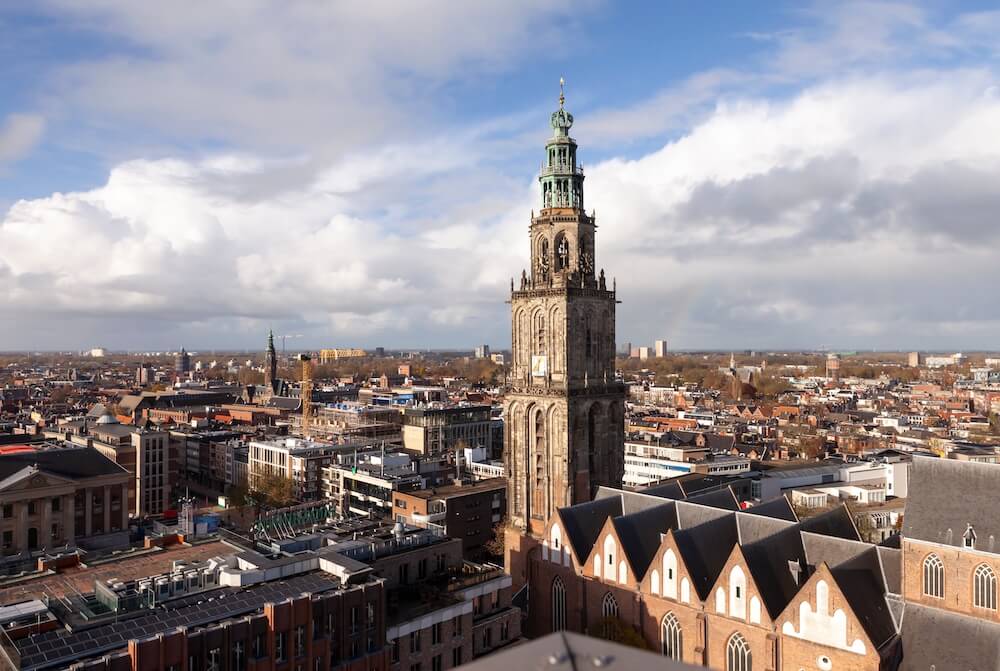 (8 April 2004, Netherlands) Majestic Martinitower is the tallest building in the northern Netherlands, rising 96 meters above the polders. High winds blast the top, making it a frightening place for some Polders: low-lying land reclaimed from the sea or a river and protected by dikes, especially in the Netherlands. visitors. Fortunately a balustrade protects sightseers from accidentally gusting right off the platform like a leaf! Built-in seats also keep you away from the edge, and allow rest for weary feet after the onerous climb to the top.

But these safety measures were mere inconvenience to a 20-year-old Niels, who decided here-and-now impress his girlfriend with a devil-may-care nonchalance. He climbed up on the balustrade and swung his legs to the outside. Then, aided by a playful blast of wind, he 'slipped away' — according to his father who added, 'He just liked to show off a little.'