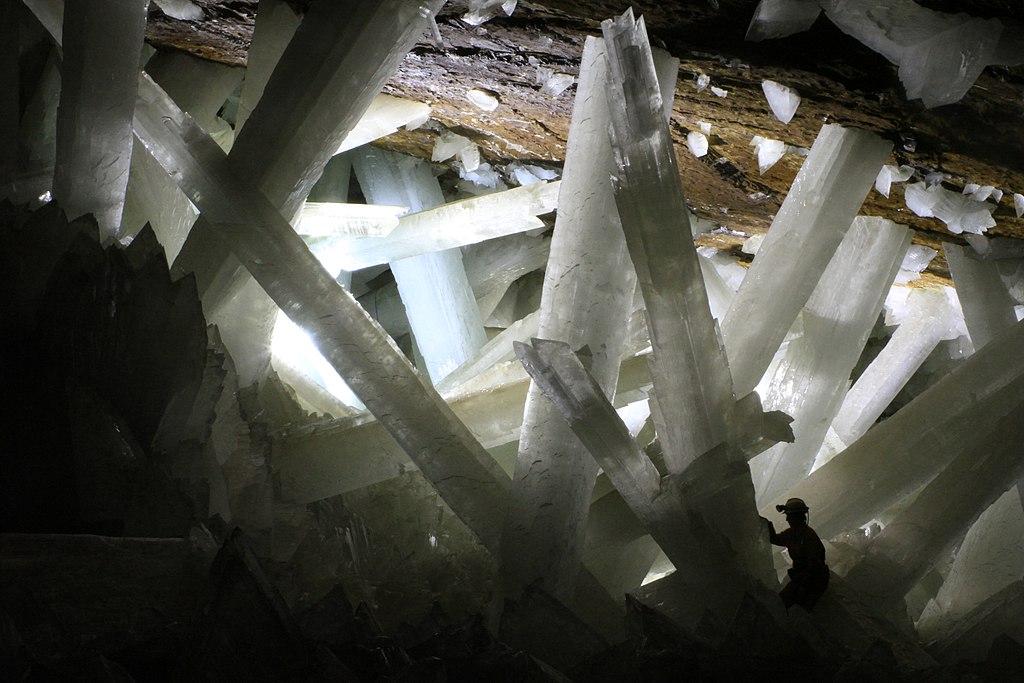 Chihuahua, Mexico is home to two hot caverns containing the largest natural crystals known to man. "Walking into either of these caves is like stepping into a (sweltering) gigantic geode," described one awed observer. Some of the clear selenite crystals are over 20 feet long.

The newly-discovered caverns, 1200 feet below the surface of the earth, carry a curse for those who seek to plunder their riches. A man recently tried to steal one of the magnificent crystals from the roof, and might have succeeded... if he hadn't stood directly beneath it while chopping it free. He was pinned beneath the sparkling stalactite as it heeded the call of gravity, and roasted in the 108 F cave.

No License Needed Free To Use

Mika Twoleaf says, "The gentleman in question was not crushed to death by the crystal; rather, he was to the ground and could not budge the crystal to extricate himself. The temperature in the cave exceeds 108 degrees F and he was actually cooked in place in this natural oven. He was found by the military guard making his rounds. To be precise, this Darwin Award winner was parboiled out of the gene pool by his own stupidity. I helped remove the pile of meat with the military personnel. Another volunteer noted that he would be the type to sit on a branch before cutting it off next to the tree."

Reader Comments:
"Gravity. Not just a good idea. It's the law!"
"The danger was crystal clear!"
"This story ROCKS!"
"Take nothing but pictures ...or else!"
"Why good spelunkers are sooo hard to find!"
"Selenite is a form of gypsum, stalactites and stalagmites are made of travertine not gypsum, and geodes are filled with quartz or chalcedony. Otherwise it's a good story."