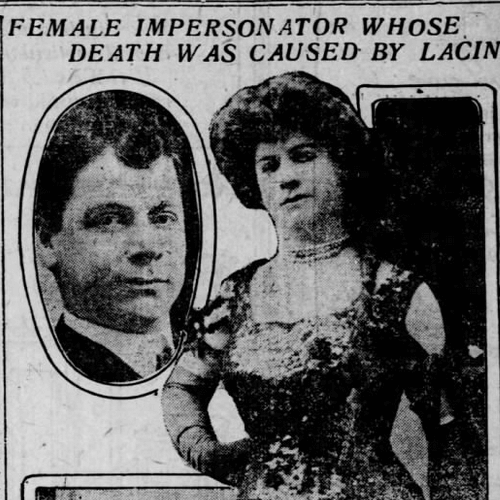 (3 November 1912, Saint Louis) A tight-laced corset caused the death of female impersonator Joseph Hennella, 40, who collapsed on the stage of a South Side Vaudeville theater and died at City Hospital three hours later.

"Of corset was a terrible waist."

In Joseph's younger days it was easy to get feminine lines. However, as the career performer grew older he grew stouter, and pulled the corset laces tighter and tighter in order to achieve a feminine silhouette.

His friends advised him to desist, but he preferred to continue working in his profession and believed that tight-lacing was necessary to attractively reduce his figure.