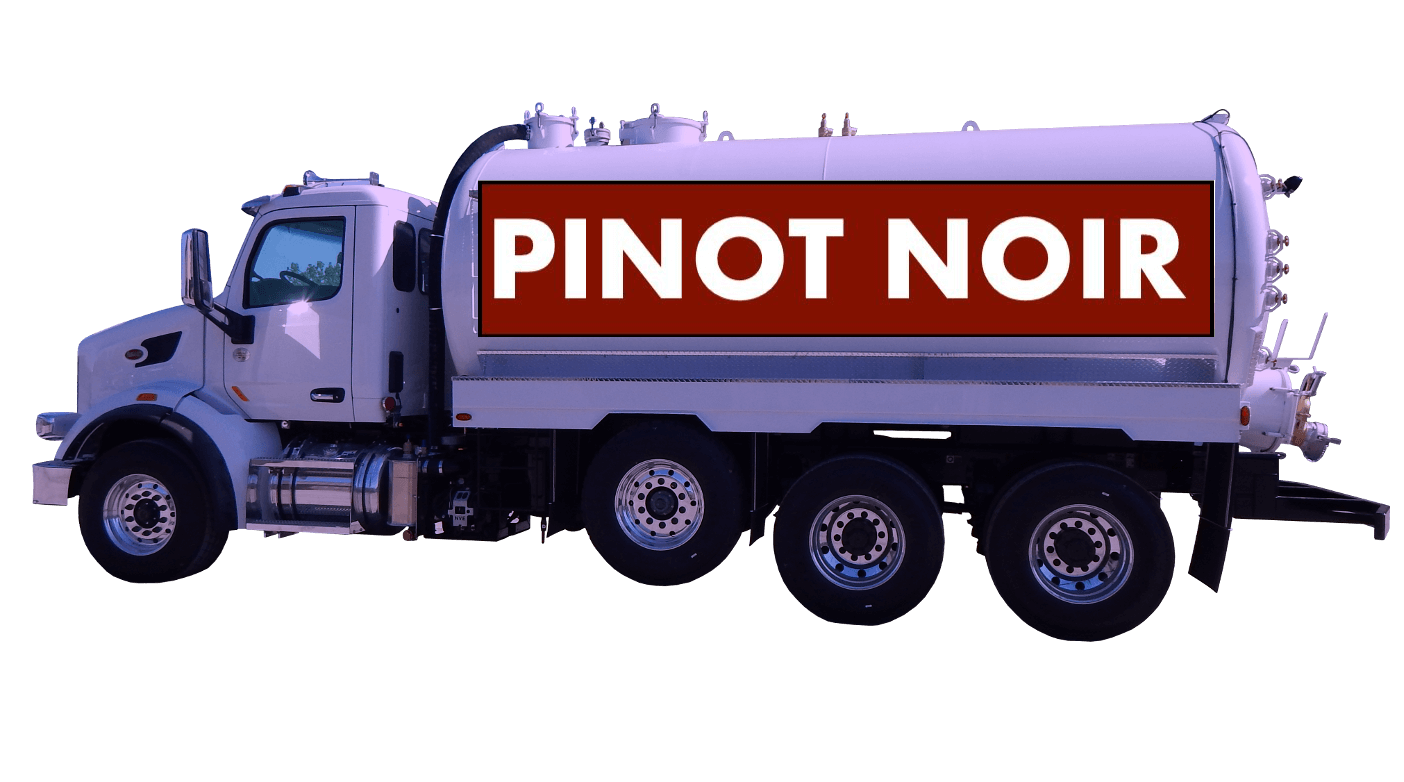 (5 May 2020, Modesto California) To enjoy wine, most folks buy a bottle, open it, and partake thereof. But Labile, 39 (not his real name) was more ambitious. He knew that one bottle wasn't enough to drown his thirst, nor was a gallon jug of Carlo Rossi. His thirst could be satisfied only by guzzling wine straight from the udder of a rolling wine tanker truck. So he devised a sly scheme to drink his fill from a truck hauling thousands of gallons of red. Hard to believe? Let's go to the video...

On a sunny Tuesday, Labile cruised along Highway 99 near Modesto until he spotted a tractor-trailer pulling a bulk cargo of red wine. Pulling alongside the cab, he gestured to the driver, "Trouble with your rig!" The driver pulled off the road behind the sedan, the sedan door opened, and Labile emerged wearing only underpants! Seeing Labile looking odd and behaving oddly, the trucker immediately pulled back onto the highway.

What the driver did not see was Labile running around the truck and climbing barefoot onboard the trailer! The rig's camera captures him maneuvering UNDER the trailer as it reaches highway speed. Out of sight beneath the trailer, Labile unscrewed a valve and positioned himself more or less under the outlet pipe. A torrent of wine gushed out, and Labile happily commenced gulping down as much as he could - which left a lot flowing off his face and onto the asphalt.

The driver noticed that he was bleeding cargo at an alarming rate and called the California Highway Patrol as he again pulled onto the shoulder. The arresting officer found the still-gulping Labile lying on the ground doing "snow angels" as the red wine continued to gush over him. He was obliterated when they handcuffed him, and thus was cooperative during his arrest.

About one thousand gallons of wine - 5000 bottles' worth - had spilled from the truck, and how much of that wine wound up in Labile's gullet is unknown, but it was obviously more than his due share! He was cited for felony vandalism and misdemeanor driving on a suspended license.

But wait, there is a bit more to this strange story...

Wine is best paired with food, and Labile was looking forward to a free jailhouse sandwich...but such was not to be. He was released before lunch on Wednesday, due to California's zero-bail pandemic emergency mandate. Labile was quite unhappy about missing the lunch sandwich. So unhappy that within moments of his release from jail, he was stealing a landscaper's truck!

The landscaper called 911 and Labile was arrested and returned to the PSC (Public Safety Center). He told officers he was hoping for "A return visit to finally enjoy his sandwich, seriously, that's what he admitted," said Sheriff's Department spokesman Sgt. Luke Schwartz. But alas, auto theft is also eligible for zero bail, and Labile was released without a sandwich on the following morning, Thursday, two days after his wine cruise.

Reader Comments:
"Labile: adj: Characterized by emotions that are easily aroused or freely expressed, and that tend to alter quickly and spontaneously; emotionally unstable."