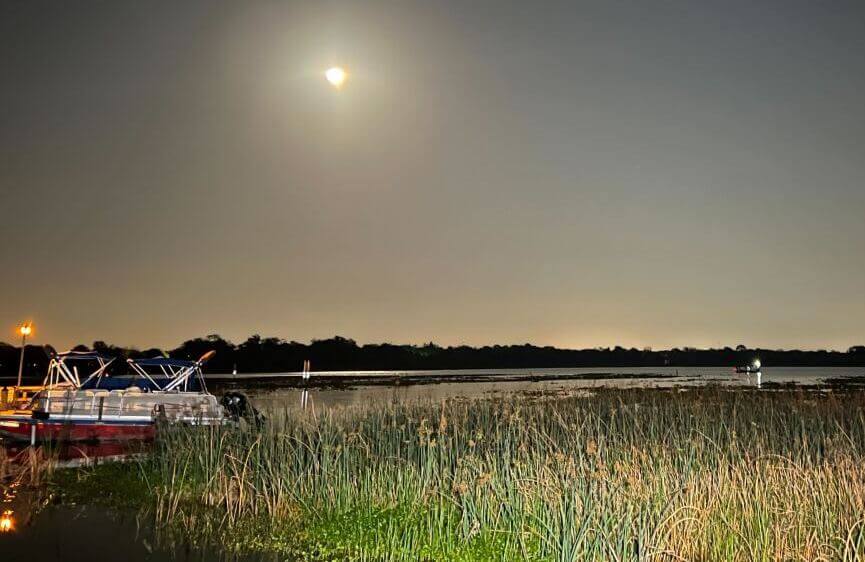 (18 March 2022, Florida) Boating on Lake Seminole was a delight to Shawn and his friend, up until his boat began to founder. And he had no life vest! But no worry. Other boaters on the lake called the Pinellas County Sheriff Rescue team, and on Friday afternoon shortly after 2pm they were safe on land again. Catastrophe averted. Kiss the earth.

But Pastor Shawnm, 39, evidently wanted more of the same. He called a friend to ferry him back out on the lake, so he could rescue the ship-in-distress. OK well that's understandable. But, again without a life jacket? Hm.

Around 5:30pm Poor Pastor Shawn tried to transfer to the little boat, and actually capsized it! Not so easy to jump from one boat to another, right? Especially when it is already foundering. Now Poor Pastor Shawn was definitely in the drink. No life vest and unable to swim. Hm.

For sure, his buddy tried to save him, but was unable to pull the pastor out. And why was he unable to get the pastor out of the water? Because it is super tricky to heave a body into a boat. It requires strength and practice, and sailors learn to grab ahold of the life vest and forcefully hoist the person in.

So many choice points what? Can't swim. The boat is sinking. You try to rescue it without a life vest. And you incautiously plunge into the water, to boot. Are you thinking God helps those who hobble themselves?