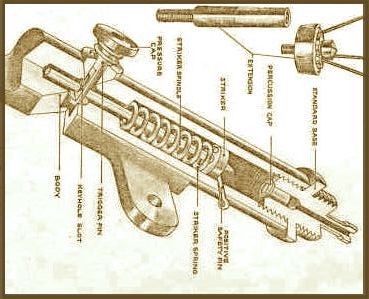 (28 November 2019, Maine) Ronald Cyr, 65, was shot dead on Thanksgiving evening in the rural town of Van Buren. Upon investigation, it was determined that the shooter was none other than Ronald Cyr himself.

To protect his family jewelry, this Maine coon decided on a DIY approach. Recalling his childhood, when a loose tooth was tied to a doorknob and he was told by Papa, "When I slam this door that tooth will shoot out of your mouth like a bullet!" our man rigged a handgun trigger to pull when the door was opened - by unauthorized personnel, natch.

This and other booby traps were installed about the property with the confidence of an idiot savant. Imagine the harm that could befall an unwitting visitor to this Maine home on the Canada border.

Thankfully no harm came to random passers by, because it was the homeowner himself who accidentally triggered the discharge of the jury-rigged home protection bullet that ended his life. Darwin Award Winner #932 We Salute You!