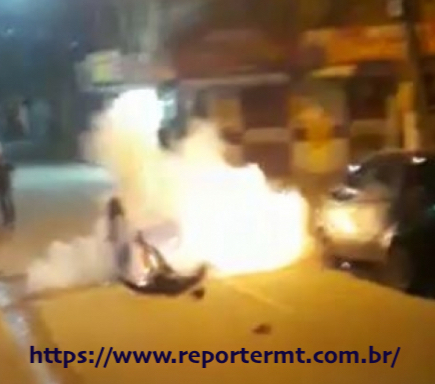 p (8 October 2019, Brazil) Full of spunk and vigor on a hot summer night, Mr. Hottie was filmed by a passer-by as he leapt atop a wooden spool and began to roll it along the street with his feet. This tricky slick move was not easy to pull off, and Hottie fell off, which would have been OK except he was carrying a LIVE GRENADE in his pocket that night. He was taken to the hospital in serious condition, close call but not a Darwin Award. BTW police say this high-roller had an open arrest warrant prior to the incident. (Mr. Hottie is not his real name.)