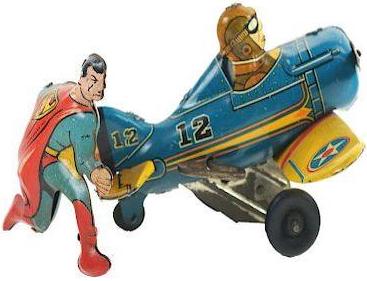 2005 October 4, Location: airborne | Petty Officer Brandon Dilbert (a pseudonym) of the United States Navy, was like so many heroes before him: he lost his life while in service to his country and is officially honored with the full respect due to a fallen hero--and literally fallen, 'cuz the cause of death was 'Supermanning' out of a naval helicopter while performing a crazy stunt on the stern cargo ramp.

Brandon was serving his country during the War in Iraq and 'Supermanning' had recently been invented by certain troops goofing off in aircraft such as large helicopters with a rear cargo exit. Somebody (er, err... such as Petty Officer Brandon Dilbert) would contrive a makeshift harness using a safety belt or cargo strap, then lower their body out the back of the aircraft with legs outstretched and arms straight out ahead, flying horizontally just like Superman with one fist pumped forward!

Did the PO die holding off 200 enemy while allowing shipmates to escape? Did the PO die while physically preventing a boiler explosion like a Superman hero? No, he...hee...fell out of the helicopter he was crewing.]

In this sensationally relatable pose Super-man must hold tight-tight to that makeshift harness to defeat the Super-naturally strong winds and allow pictures taken, then mightily haul oneself back into the aircraft before the pilots find out.

The MH-53 is the largest helicopter in the United States, cruising at a nominal speed of 138 mph and carrying 52 troops or 36.000 pounds of cargo. The pilots were unaware of the crews' nonsense because cargo

To be specific about this instance—one in a series, later investigation revealed—Petty Officer Brandon strapped a ten-foot belt under his shoulders and slowly let himself out over the edge of the cargo ramp while fellow crew's tapped winning photos of his antics. But his iron grip did slip and the full weight of his body was briefly held by the loose harness, which soon slipped from under his arms off his shoulders, sending him falling 125 feet into the Persian Gulf.

A vivid mental poster imaginess the bystanders asking, 'Are you OK?' and the Super Petty Off-ficer responding with an

Rear Admiral Denby H. Starling II (yes, the Admiral's real name) was the commander of the Atlantic Naval Air Force at the time, under whose aegis the MH-53 from Mine Countermeasures Squadron 15 operated. The good Admiral had never heard of Superman'ing but after investigation, determined that this unsafe and unallowable practice had gone on for a decade or more!! Four other crewmen in the squadron admitted to having Supermanned in the past. Heads then rolled and many were stripped of their aircrew designations.

Ironically the Petty Officer's death was ruled as 'in the line of duty,' and he joins the pantheon of American Heroes who lost their lives during the Second (some historians say Third) Iraq War.